Imagine being able to walk around your apartment in Glenelg seeing different furniture and a new colour scheme. Or showing investors how your Unley development will look in the real world before it is built. These are just two examples of the power of augmented reality, or AR, for the real estate, property development and construction industries. But the applications and possibilities of augmented reality in Adelaide and South Australia spread much further and wider than that.

Slowly but surely Adelaide businesses are starting to realise the potential of augmented reality and it is beginning to revolutionise the way we all do business. Major corporate players such as Amazon and Facebook are dipping their toes in the augmented reality waters and are exploring its potential. But you don’t need a budget in the billions and an army of tech wizards to harness the power of augmented reality. It can also be used at a much lower scale, but the technology can be just as game changing. Keep reading to find out more about what augmented reality is, how it is created and some examples of how it is being used in industries across Adelaide and South Australia.

Our team can help create IOS and Android AR apps for mobile devices. Perfect if you have a vested audience and wanting an ongoing multi-use application for your customers. We’ll take care of everything from UX design, development, and content creation to App Store and Google Play submissions.

It’s now possible to have AR experiences directly through the devices browser, no app download required. Perfect if you are looking at a single use AR experience such as a product packaging activation. All you need to do is push your customer to the URL through your POS or QR code and your products can come alive in seconds!

Facebook, Instagram and Snapchat now have extensive AR functionality built into their cameras. The MASSIVE advantage of this is most people already have one or more of these apps installed on their devices and you tap into the native sharing functionality of these apps to spread your promotion to a much wider audience.

An AR headset provides the most immersive high-end AR experience possible. Using only hand gestures the user can navigate their way through your AR experience. A fantastic tool for staff training, a workforce out in the field and for trade shows, visitor experiences and demonstrations.

Adelaide AR. Get in touch discuss ideas of how you can build Augmented Reality (AR) into your sales & marketing plans and reach potential customers in a completely new way.

What is augmented reality? 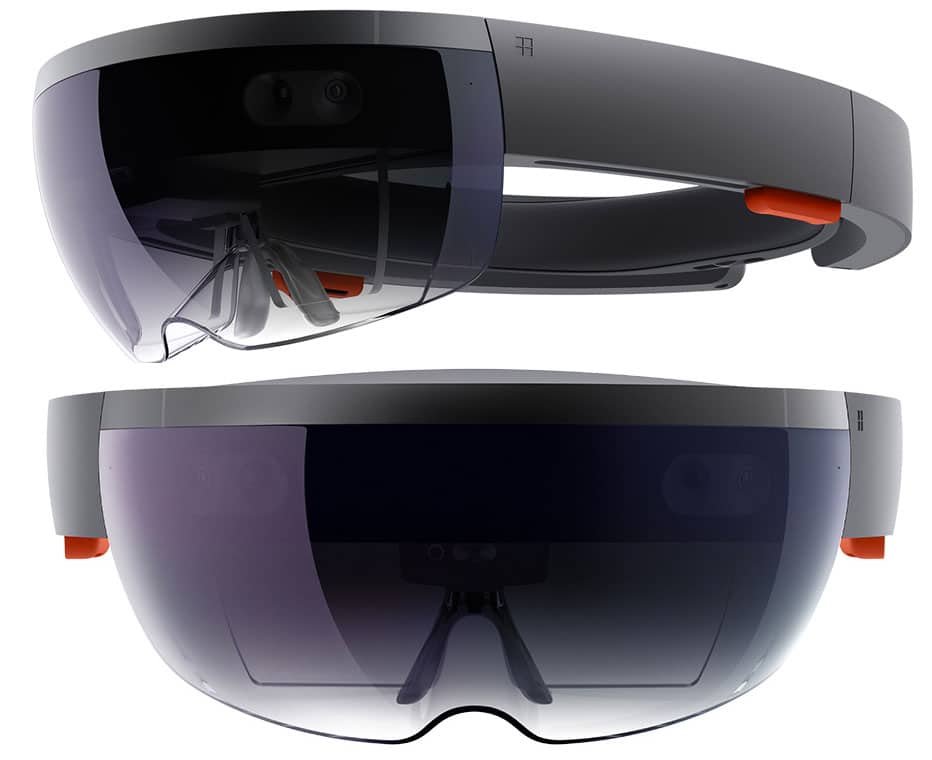 Augmented reality blurs the lines between the physical and digital world. It stems from the idea of immersing a user into a digital environment. However, unlike virtual reality which aims for a complete immersive experience, augmented reality only partly overlays virtual objects into the real world. It uses everyday devices like smartphones and tablets with inbuilt sensors to detect the position of objects and then determine where to put the virtual ones. So, you can see your choice or furniture in an empty flat, or how an interior design renovation would improve a building overlooking the River Torrens.

The technology is still in its infancy but the concept of augmented reality has actually been around since the late 90s. Initially, six core uses were identified including medical visualisation, maintenance and repair, annotation, robot path planning, entertainment and military uses. Some of these areas are much further down the path of development than others.

While there is a long way to go before augmented reality reaches its full potential, especially in areas such as medicine, the changes are beginning to happen. It won’t belong before doctors in the Royal Adelaide are using augmented reality to help patients visualise procedures and using it for surgical purposes and training.

However, back in the present day, augmented reality already has multiple uses in South Australia. It is very appealing to businesses because unlike virtual reality it requires no specialist equipment and uses existing devices. It can help the user have a more enjoyable, immersive and memorable experience. Augmented reality is also useful for creating personalised content that enhances an interactive customer journey. These kind of improvements will increase sales and improve customer retention.

A recent AR Hololens project we worked on…

How is AR created?

Augmented reality technology works by using existing objects to trigger computer generated enhancements, displayed over the top of reality and in real time. These images typically take the shape of 3D models, as well as videos and animations. It aims to expand the physical world by connecting these digital animations to a special marker, with the help of GPS to pinpoint its exact location.

The main processes are sensory, processing, projecting and reflecting. It can be displayed on various screens and handheld devices, as well as head mounted displays. That’s the real beauty of augmented reality – you don’t have to use expensive equipment in order to make it work. It can be used with existing technologies that most of us already own.

What are the industry use case studies for AR?

Augmented reality has practical applications in a range of industries in South Australia. For example, in retail you can choose between in store and out of store immersive augmented experiences. This means you can allow customers to use augmented reality inside the store such as in the fitting room, or you can allow them to do this from the comfort of their own home.

The Converse Sample app is a great example, allowing customers to see how they would look in a choice of their sneakers. Ikea Place allows you to see what their assembled furniture would look like in your home and it doesn’t matter whether that is in Semaphore, Silver Sands or Sweden! And Dulux Paint use an AR app to allow you to try out paint colours.

Both real estate and interior design can make good use of augmented reality technology. They allow potential buyers to experience property in North Brighton or Henley Beach in a more immersive way. Interior designers can visualise their creations in an interactive space or allow customers to ‘try out’ a design or style throughout Adelaide and South Australia.

There are also applications for augmented reality technology in tourism, in terms of augmented map apps, as well as training and education. If you would like to know more about how augmented reality could benefit your Adelaide or South Australia business, then get in touch with our team here at 3D Walkabout.

Real use cases for augmented reality

Use a smartphone to allow customers to 'virtually' try an item before buying in their existing surroundings and then connect directly to your online shop to purchase instantly.

Using AR to educate & train employees or students at any level of education provides an immersive, multi-sensory experience to compliment traditional methods.

With the help of internal location beacons AR Smartphone apps can help with way-finding through complex and large spaces with triggered advertising displayed en-route.

AR apps can deliver real-time information to the treatment area to support diagnosis, surgery and treatment plans plus aid remote training of staff.

AR for the Gaming Industry

Everyone needs a break right? AR games are leading the way in pushing AR technology just as VR has advanced due to the gaming industry growth.

AR apps can act as a virtual guide showcasing a property and informing the future tenant or owner of the highlights and selling points of the space.

AR teleportation apps can literally open a door to anywhere in the world allowing a customer to walk through and experience a new destination.

AR solves a huge problem marketers have around engagement and awareness for the following reasons. It’s;

Unlike VR, users with an AR headset or smartphone can stay in the real world whilst viewing additional 3D visualisations & data.

It's in your Pocket

High media interest in AR early adopters can benefit from media exposure. AR can help showcase your business in a new light.

Get a quote to arrange to discuss ideas of how you can build AR into your sales & marketing plans and reach potential customers in a completely new way.